To take a much used phrase from the great U2 podcast that is “U Talkin’ U2 to Me?” it’s been awhile! In the few months since I last posted here quite a bit has happened. For the most part, my inactivity here directly coincides with a single event. Due to an incomplete roofing job and a torrential rain fall, my second floor apartment was flooded. Unfortunately, this turned my five minute walk of a commute into a one hour and ten minute drive. From the drive, to looking a new place, my spare time was pretty much shot. Luckily, that’s all over now and I can once again start writing a little bit, hopefully a lot to make up for lost time.

I got a new amp! Not that my Acoustic G20 wasn’t good enough, I just wanted to get something with a little more power. So, I picked up a Vox AC-15C1. I’m really enjoying this amp. Its 12 inch speaker and 15 watts of power are likely more than I’ll need for a good long while and the sound is a step above what I was using. Once I saw Spoon using an AC-30 (the same amp with two speakers instead of one) in live videos after my purchase, I liked the box even more. I’ve got a small sample of a practice session I recorded around a month ago. It’s not my best work, but it’s representative of my current skill level. In terms of current practice techniques, I found out how to add user generated songs to the set list on Rocksmith 2014 and I have an amazing list of songs I’m trying to learn. Many of them are too difficult currently but I’ll get there someday. 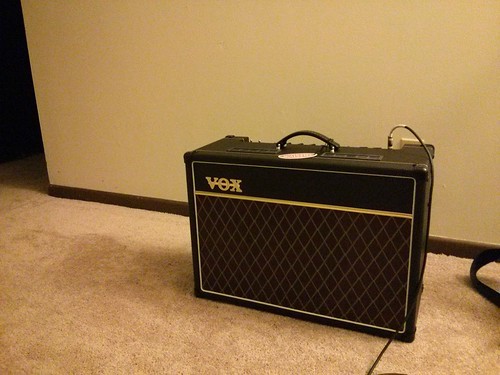 I picked up an Arudino Uno and have been playing with it quite a bit. It’s a neat little toy. The electronics portion of using the device was entirely new to me. The C-based programming system is both fun to use and easy to pick up quickly. I’ve mostly stuck with the book exercises but I plan to start checking out some of the community created projects. I also have a few things I want to try to make it do before I forget about it. 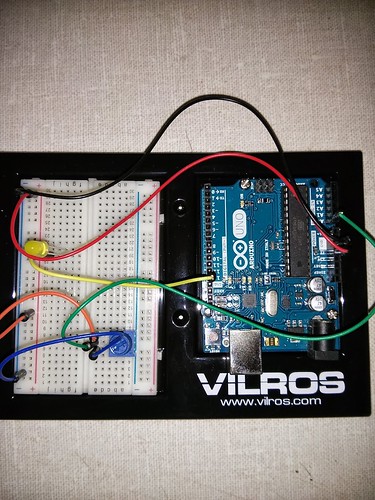 Outside of the Arudino, which is just for fun, I’ve been reading a lot about Dependency Injection in addition to embracing it within my code. For the most part, I’ve been using Dependency Injection in .NET by Mark Seemann. I can’t recommend this book anymore. If you have even a passing interest in DI, pick this book up. The book is full ideas and tips that will make your code stronger and more reliable.

While I was displaced from the flood, I started to take running as an exercise seriously. I can’t say that I enjoy running, but has it has made a positive impact on my health. It makes my thoughts clearer and I have a lot more energy since I started. As for distance, on a typical day I’ll go around three and half miles. I usually can do this in 22 or 23 minutes. Once a week I try to do a long run where I go further than I did the week before. I’m up to around eight miles. If you told me in April that I’d be running this much in September I wouldn’t believe you.

So that’s pretty much where I’ve been and what I’ve been learning in my period of silence. In the next few months I want to start working on a couple of software projects. I’ve been thinking about them for a while and really want to get them out there. I don’t know if many people will use them once complete but they are ones that I definitely wish I had. On the guitar front I’m going to keep on learning new songs and continue to try to get better every day.