There's a great book out there called, So Good They Can't Ignore You. The author of the book, Cal Newport, pushes the idea that those who are happiest in their professional life are people who have stuck with their line of work for a long time. These were people who didn't necessarily follow their passion, but kept at it and made their skills the best they could. Through the time and effort people put into their craft, they gained an appreciation and fondness for the work they produced.

The most common advice to people these days on what to choose for a job is to follow a passion. This often leads to people becoming dissatisfied when things don't go well. Career type skills often aren't skills that people are naturally passionate about, this leads to a disproportionate number of people to go into certain fields. People are generally passionate about hobby type skills like music or art rather than average workday tasks. Luckily, through working on something a lot, passion builds. What's more, as mastery builds, so does passion. Therefore, it's important to stick with the path you're on, as passion builds over time.

I didn't intend to write about the Cubs tonight, but I'm sure glad I am now. I'm doing this because tonight, April 21, 2016, Jake Arrieta threw his second no-hitter. He didn't have his best stuff and he still is able to completely shut down a pretty good major league lineup. Jake Arrieta is the best pitcher on the planet right now.

I'd estimate that in the 20 or so years I've been watching the Cubs every chance I can get, I've watched or listened to an average of 100 games a year. This is just the second no-hitter I've seen. Both of the no-hitters happen to be owned by Arrieta. The things Arrieta does are jaw dropping. I feel so lucky to be a Cubs fan right now. I'm shaking my head right now just thinking about how awesome he has been since Theo Epstein pulled off the Pedro Strop and Jake Arrieta for Scott Feldman and Steve Clevenger heist.

Since the Cubs acquired Arrieta on July 2, 2013, he has gone 40-13 with a 2.18 ERA, won a CY Young, and been a joy to watch play the game. Arrieta's line for tonight was 9 IP, 0 H, 0 R, 0 ER, 4 BB, 6 SO. The 4 walks were uncharacteristic but they didn't matter, it's hard to drive in any runs with no hits. The Cubs won tonight's game 16 to 0 and it looks like Rizzo, Bryant, Heyward, and Zobrist are heating up. With the bats starting to come around and Arrieta mastering the no-hitter (not really possible to master throwing no-hitters but if anyone can it's Arrieta), the Cubs look even better now than they did last week. Remember to enjoy these performances, they don't come around too often.

Here's the final out for your viewing pleasure, I'm sure I'll watch it a hundred times or so.

When learning how to develop software, first focus on the concepts, not the tools. By having a solid foundation of skills, mathematics, algorithms, logic, the path to becoming a good developer gets a lot easier. Without the concepts, code is just a mess of symbols. With the concepts nailed down, code becomes a tool that can be used to solve any problem. The concepts can be applied to use any language or tool used in the future. Tools enhance or build upon the concepts. Therefore, build the basis up from concepts, not tools.

I went to the game last night in St. Louis and it was thoroughly enjoyable. The weather was amazing, John Lackey had his best game as a Cub (so far), and the Cubs won. What more could I ask for? It would have been nice if they played "Go Cubs Go" through the stadium PA but I'm pretty sure they don't do that in St. Louis. Here are some pictures from my seat. 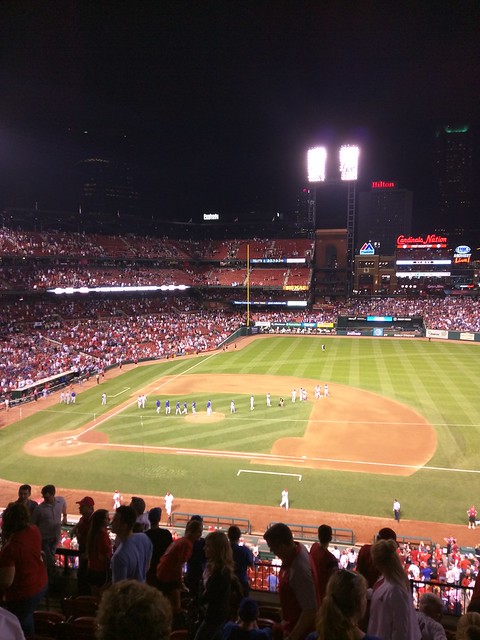 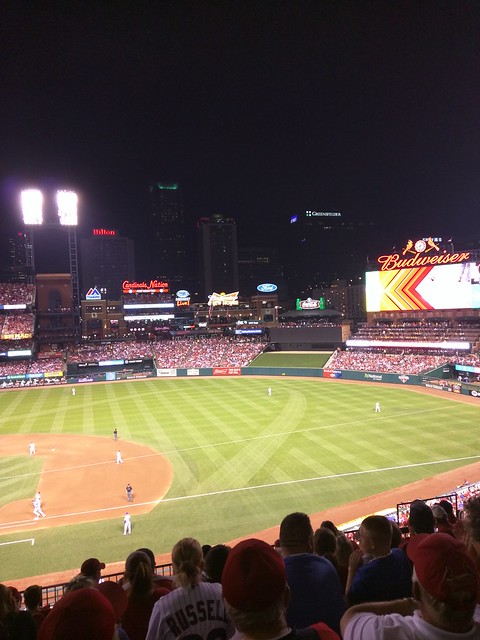 The Cubs looked great. The pitching had 14 strikeouts, 11 from Lackey, and was in control the entire game. The one good scoring opportunity for the Cardinals came in the 5th inning when the Cardinals had runners on 2nd and 3rd base with only one out. Mike Leake hit a couple of hard foul balls then struck out. Matt Carpenter followed it with yet another strikeout. In Leake's at bat there was a failed run down on a missed safety squeeze play. Miguel Montero hung on to the ball too long and runner got back to 3rd safely. It was a missed play that could've caused things to unravel, but Lackey took over and got out of the jam himself.

The Cubs offense was fairly quiet for the first five innings, managing just two hits and a walk. In the 6th inning Dexter Fowler (who else?) would come through with a solo home run giving the Cubs a 1-0 lead. "You go, we go." The Cubs would add three more in the 7th and one more in the 8th to win the game 5-0. My section was 90% Cardinals fans and it was 90% empty by the end of the 8th inning.

It was fun to see Jason Heyward and John Lackey's first games back in St. Louis. Both were booed throughout the game but there didn't seem to be too much bad blood towards either of them. Heyward was 0/4 with a strikeout but hit the ball hard in every other at bat. Heyward made a couple of exceptional plays in right field to make up for the negative day at the plate. He looks like he is ready to break out, my guess is he'll do something big at the plate tonight.

I'll be at the game again tonight. I'm looking forward to another one like yesterday. Jamie Garcia is pitching for the Cardinals and Jason Hammel for the Cubs. Garcia and Hammel have both gotten off to excellent starts this season, but both were hit hard last October in the playoffs. It will be interesting to see if either pitcher brings their prior experience to the mound and lets it affect their performance.

Here's a few more pictures from the game. 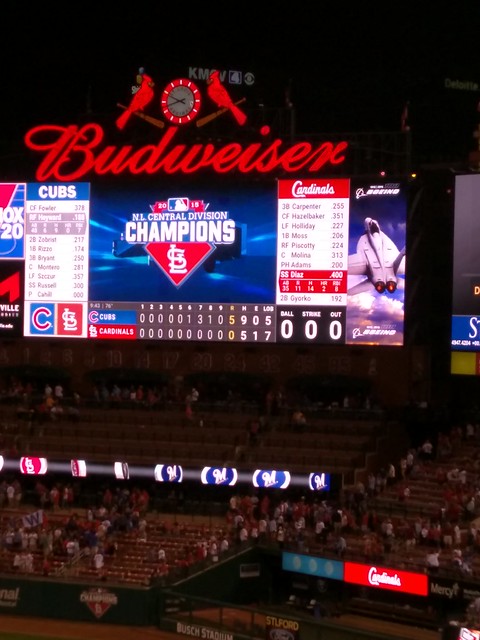 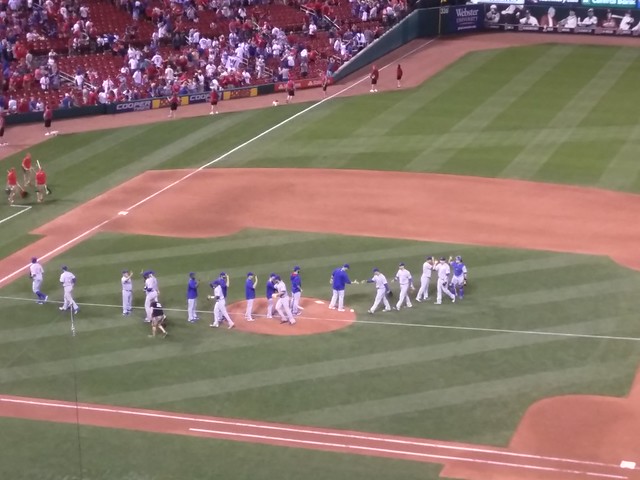 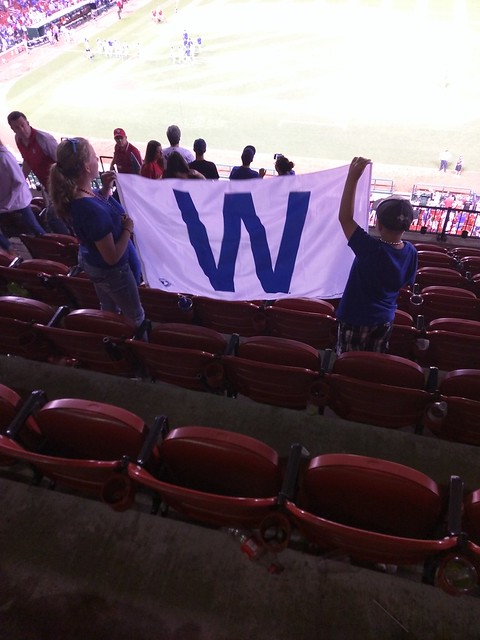